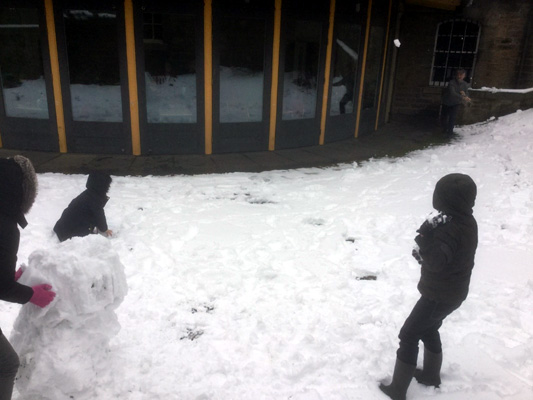 Ian Buckingham session clerk has written a tribute in remembrance of our late minister The Rev Peter Macdonald to mark the anniversary of his death on the 12 February 2020.  This was read during worship on Sunday 14 February and is reproduced below.

Peter first came to Broughton St Mary’s towards the end of 2017. Broughton St Mary’s was in vacancy following the departure of Graham McGeoch and we were hoping that we could approach someone to be a locum minister during the period of vacancy. I was delighted when the Depute Presbytery Clerk suggested to me that Peter may be willing to fulfil this role as he had recently left his position as Leader of the Iona Community and was looking to get back into parish ministry. I had remembered Peter from his time as Minister at St George’s West and was always impressed when I heard him speak at Presbytery. I always thought that he would be a good fit for Broughton St Mary’s if it ever came to pass. So it was that Peter accepted an invitation to be our locum for a short term until Christmas. It turned out that Peter felt at home with us and extended his time with us as locum until we reached the stage of receiving applications and interviewing candidates to be the next minister at Broughton St Mary’s. Peter was one of these applicants and the Nominating Committee agreed that Peter should be asked to preach as sole nominee. Peter subsequently preached as sole nominee and was inducted as minister in November 2018.

Peter was a popular and dynamic minister in his previous charges at Torbain in Kirkcaldy and St George’s West. He was driven, had vision and had a way of energising a congregation and getting things done. We became aware of this during his short time with us. He had an impact not only on church life but also in the communities in which he served. I was reading that when he was minister in Torbain, his time there as minister coincided with a famous cup win by the town’s football team. Raith Rovers beat Celtic to win the Cocoa Cola Cup. Peter through his connections, managed to have the Cup brought to the church where it was placed below the pulpit.

Peter was a passionate man, politically driven and full of conviction. A champion for justice and human rights. The plight of the Palestinian people was a major concern for him. He was on the board of Hadeel, a Fair Trade shop which aims to provide a source of income for craftspeople working in the West Bank, Gaza and Galilee, and he had plans to visit Israel/Palestine last year. Peter was also Leader of the Iona Community, a Christian ecumenical community working for peace and social justice.

We will remember Peter as an inspiring preacher and encourager. He was adept at giving an insightful reading of the gospels and shining new light on the scriptures and allowing us an insight into the radical message of the gospel. For him the gospel was for everyone. People had to know that the love of God extended to all and he wanted us to know that the gospel mattered – there were no exceptions, and at the heart of this was a desire for social justice.

With an optimistic outlook, his enthusiasm was infectious. He was able to relate to people – and they to him – he was a real “people person”. His enthusiasm came to the fore when he engaged with the children – he became a child himself often taking part in messy activities and pranks. Who can forget his giant Christmas Cracker during Advent and on Christmas Day and the magic words “Tinsel, Glitter, Shiny Wrapper, What’s inside the Christmas Cracker”. I remember seeing a photograph of him throwing a snowball while playing with the children. He had a real sense of fun.

Peter was with us at Broughton St Mary’s for what seems like the blink of an eye. In that time, he was able to build on the work of the previous ministries of Joanne Hood and Graham McGeoch as our church continues to be an inclusive and welcoming community serving the people of this congregation and parish.

During the past week a card was received at the church from a resident living in Drummond Place:

“To the family and congregation of Peter Macdonald – have you thought of the way his ministry was both timeless, yet contemporary. At this time many thoughts are with you. Perhaps at this time he should have a living memorial, here in this cosmopolitan neighbourhood?”

How true that is. Peter’s ministry was indeed both timeless, yet contemporary!

Peter and the Kirk Session had shared a plan for what was to be the 10 years of Peter’s ministry with us. His sudden death has left a gap and unfinished business – we do not know why it was Peter’s time to leave us – but we must trust that God is in control and remember that there is nothing in life or death that can separate us from the love of God. A love that was at the centre of Peter’s preaching.

We miss Peter. The pandemic has prevented all of us from being able to grieve together and fully come to terms with our loss. There is a part of me that still expects him to be around. I still hear his voice. In my mind’s eye I can still see Peter at the lectern passionately delivering the gospel lessons of peace, love, compassion, truth, understanding and positive activism, for all will transform our lives.

We give thanks to God for the life of Peter Macdonald. A life of service that saw him serve his God as an assistant minister at the Old Kirk Pilton, Church of Scotland Young Adult Adviser, Minister at Torbain and at St George’s West, Leader of the Iona Community, and lastly Minister at Broughton St Mary’s. We give thanks that we were able to share the journey with Peter albeit for only a brief time. It is poignant to remember the last service Peter conducted at Broughton St Mary’s. He was looking forward and encouraged us to further the work of the church in this place and that we could all play a part in its work. Little did any of us know that that would be his last message for us. We are now the torch bearers, we can be the living memorial.

We remember those who miss Peter the most at this anniversary time, his dear wife Lesley, sons Callum and Lorn, and entrust them to the loving arms of God.

Share this ArticleLike this article? Email it to a friend!
Email sent!